What is an Earthquake? Seismicity in Malaysia and around the region Type of fault line What You Should Do During and After an Earthquake

What is an Earthquake?

An earthquake is a sudden movement and vibration that happens on the surface of the earth caused by movements of rocks along a fault or at a plate boundary. However, earthquakes also can be originated by volcanic activity. The greater the size of the earthquake, the greater the destruction it might have caused. 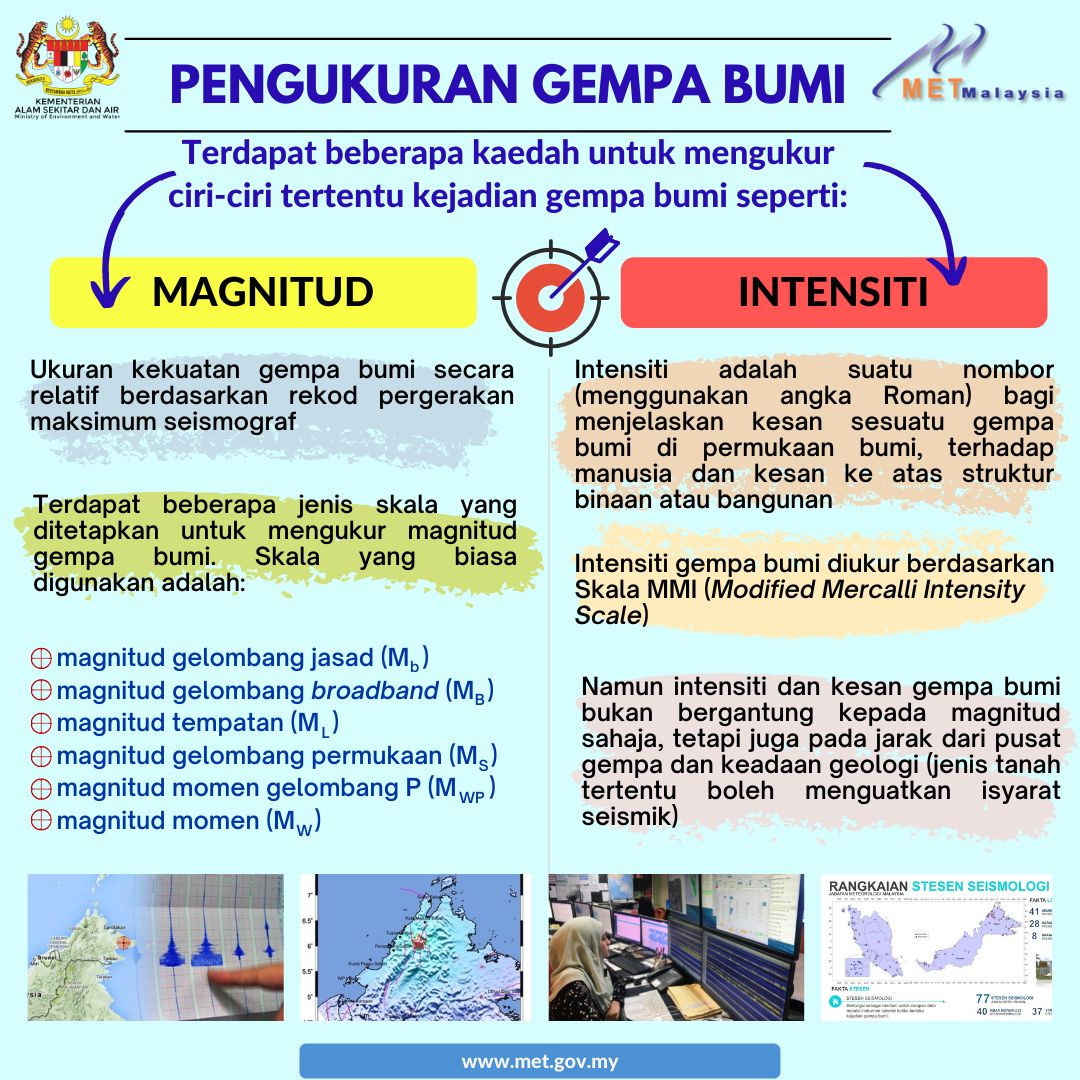 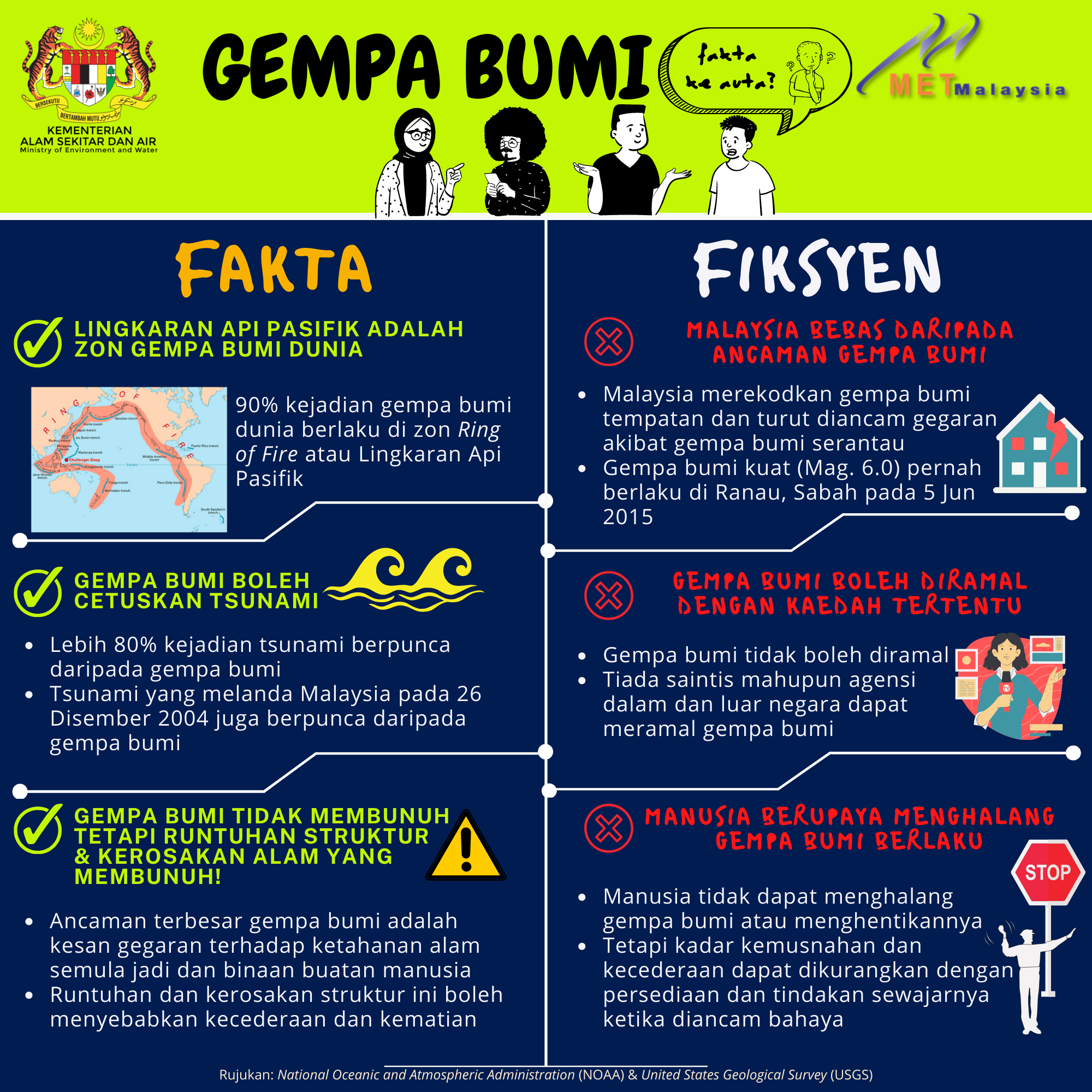 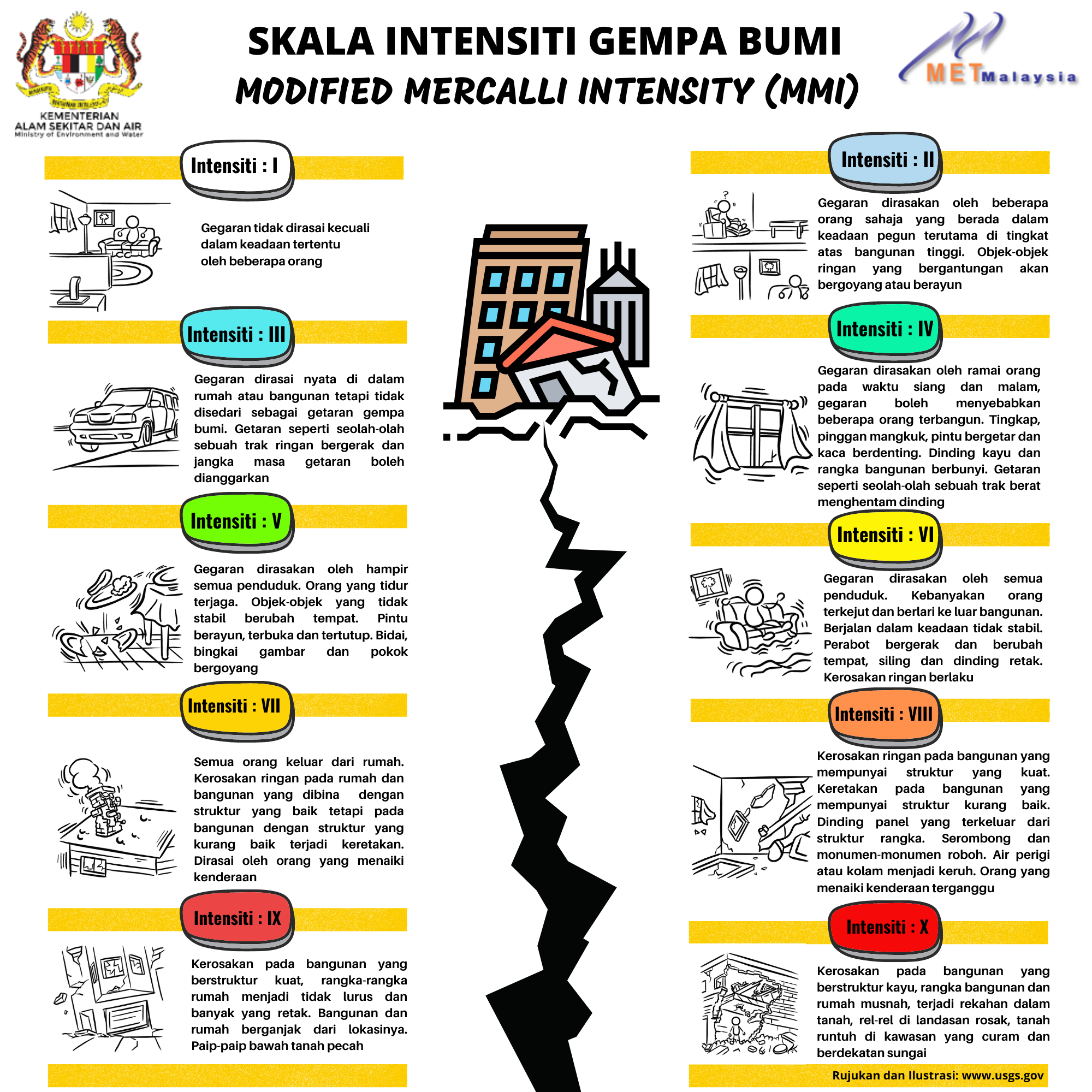 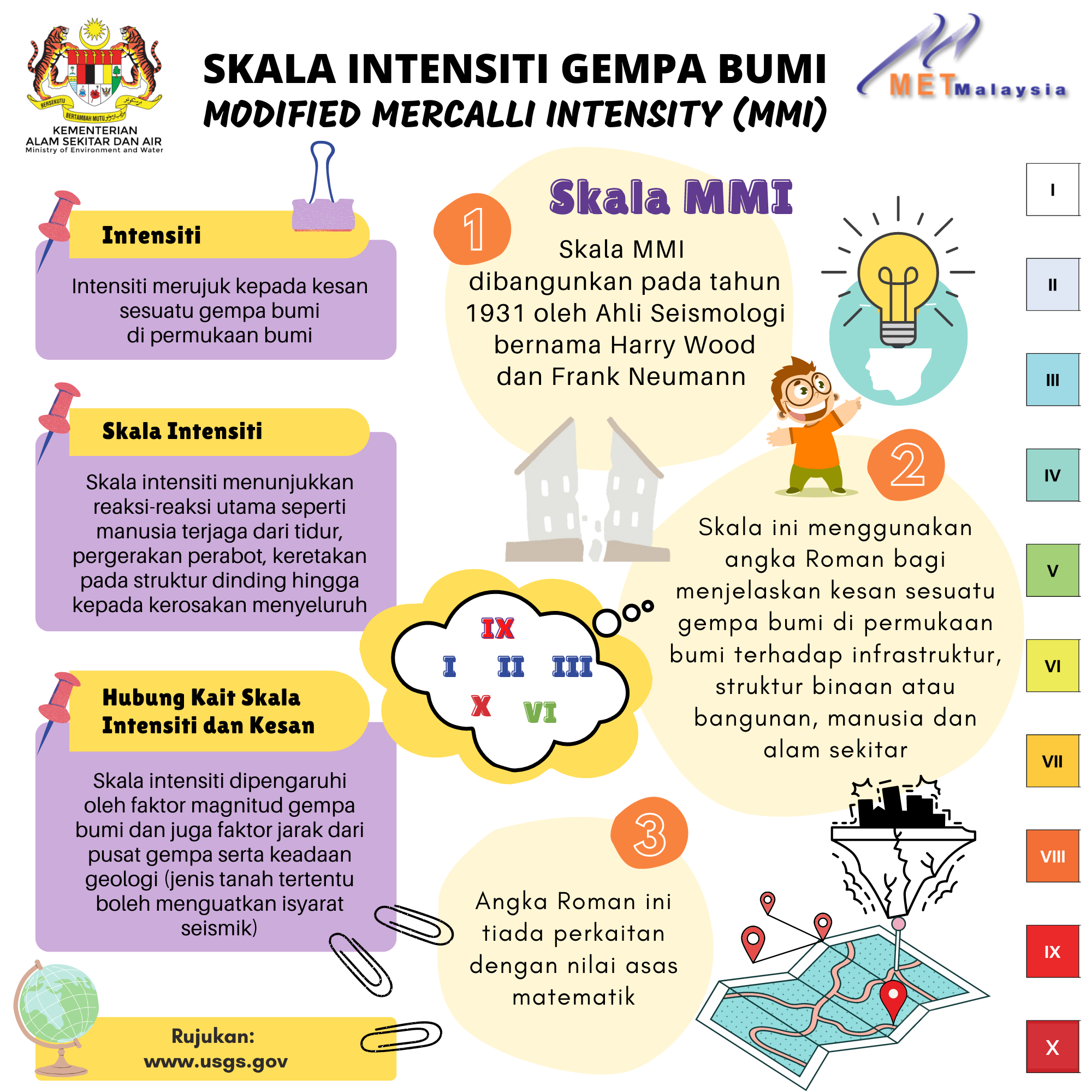 Seismicity in Malaysia and around the region

Fault line is the line on the rock or earth surface that has undergone friction due to movement between two blocks in opposite relative position. It can be divided into 3 main groups namely, Normal Fault, Reverse Fault and Strike-Slip Fault.

What You Should Do During and After an Earthquake

a) a) During An Earthquake

If you are indoors

if you are in a high-rise building

if you are outdoors

IF YOU ARE in A SIDE WALKER NEAR BUILDING

IF IN A CROWDED STORE

IF IN A MOVING CAR

b) After An Earthquake 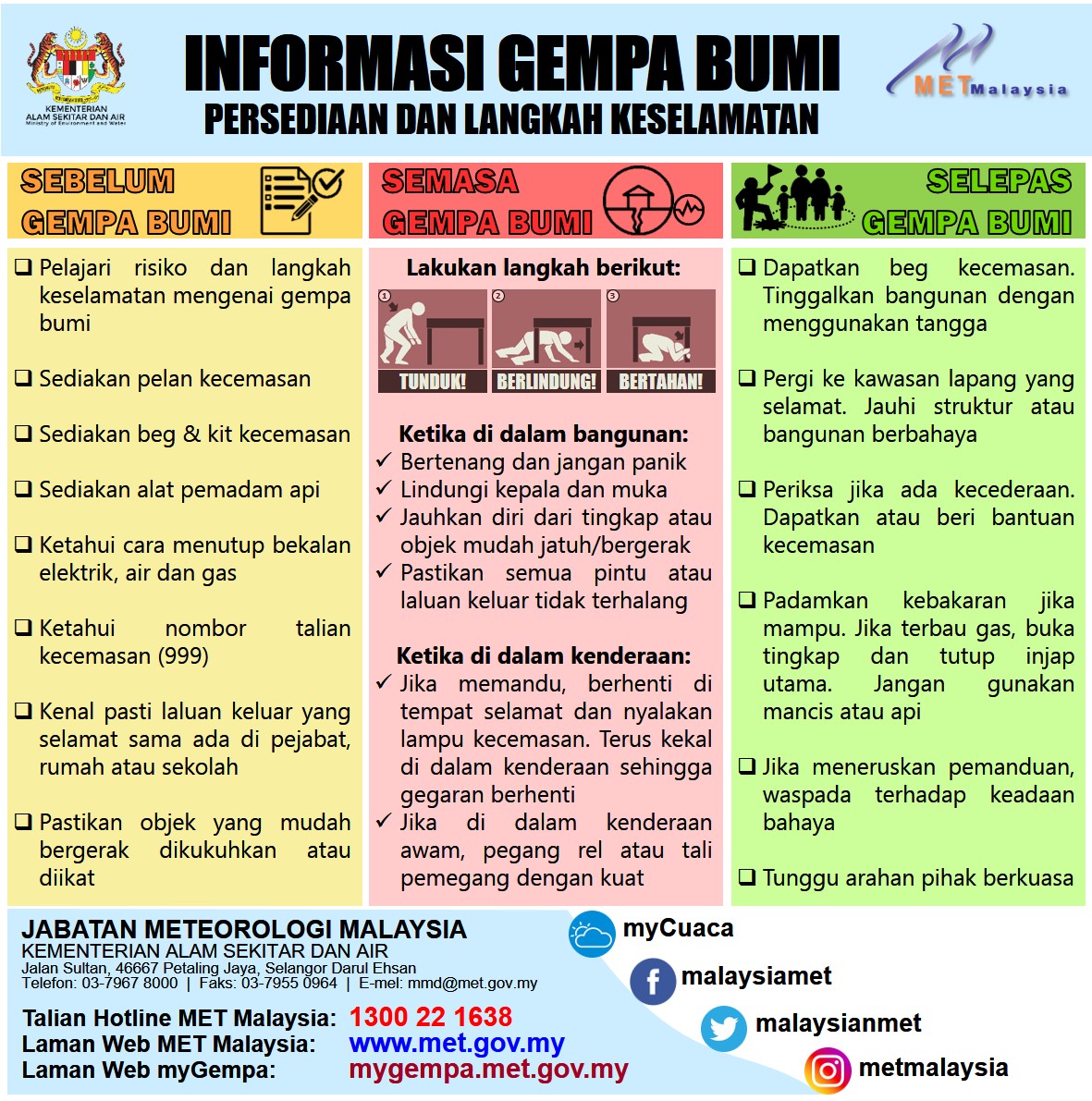 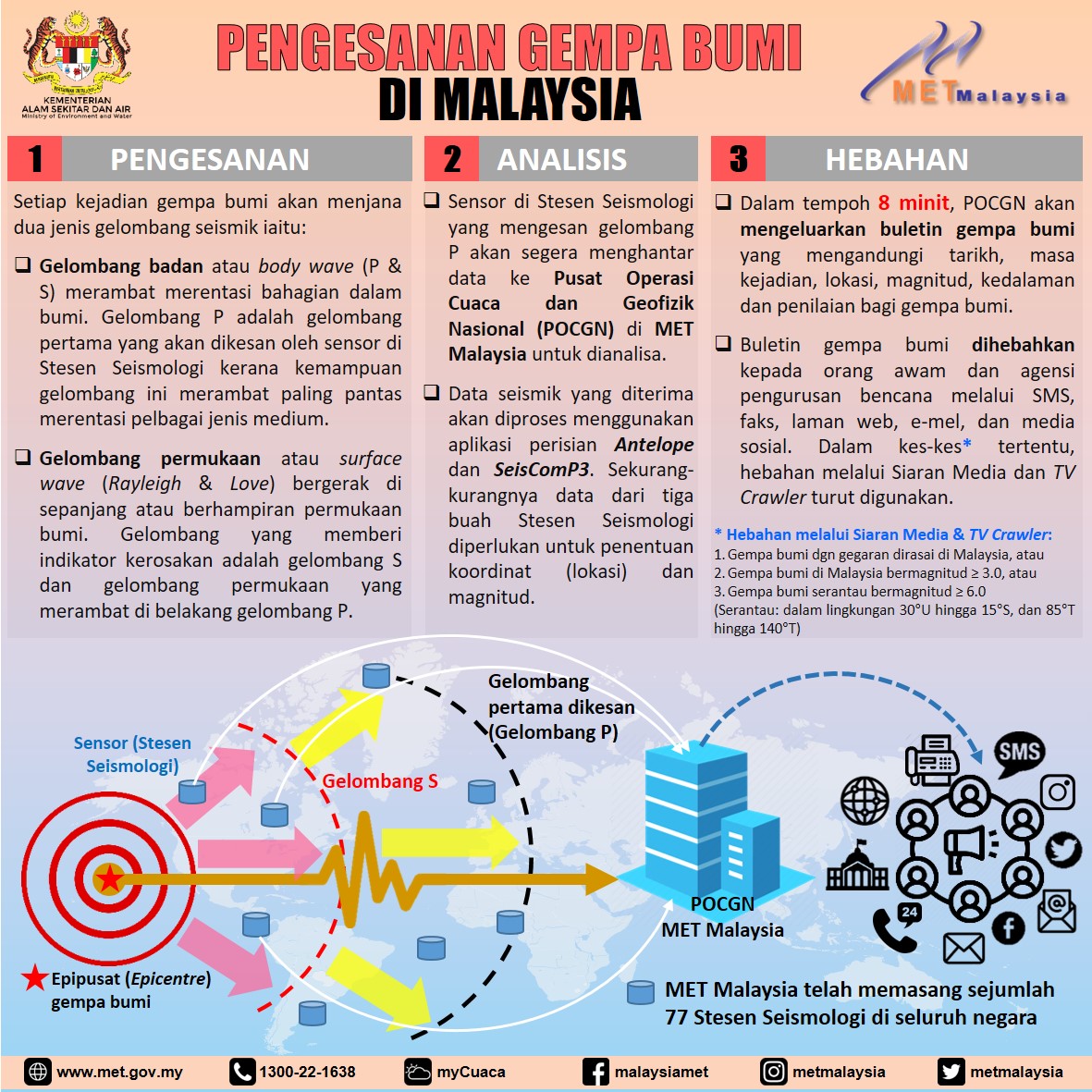 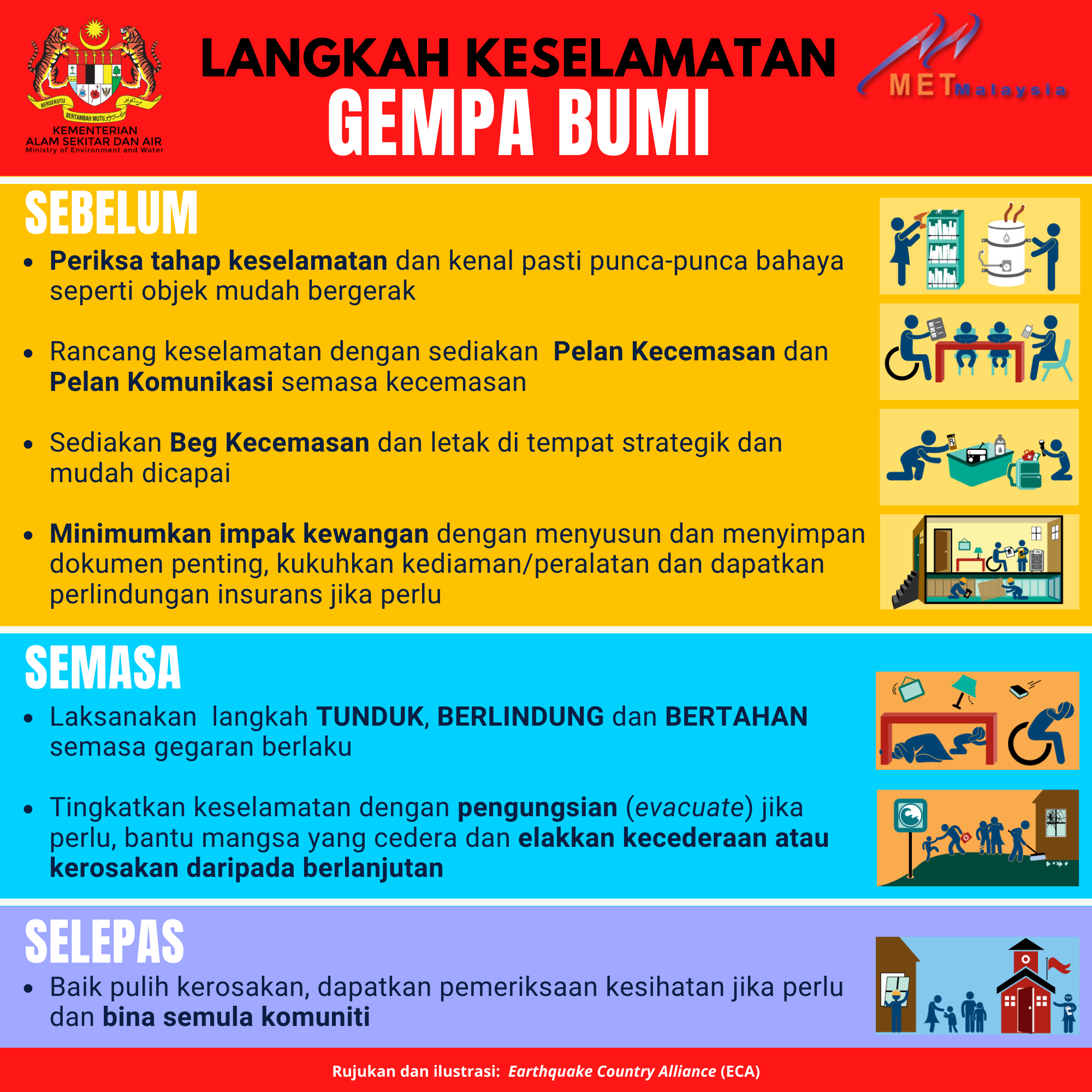