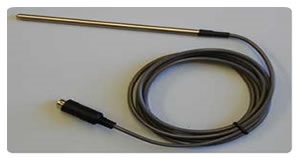 Detection system using a combination of internal circuit technology with elements of the platinum resistance thermometers for temperature measurement is very accurate. 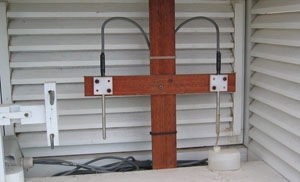 The wet bulb thermometer is wrapped in wet muslin and is kept moist with distilled water on a sock or wick. 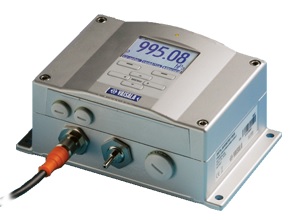 Barometer is a scientific instrument that is widely used to measure atmospheric pressure (weight of the atmosphere). There are two main types of barometer commonly used in meteorology, mercury barometer and aneroid barometer. Due to modern developments of sensor technology and the need for remote measurements, new generation of automatic digital barometers have been developed. Automatic digital barometers make use of a combination of sensor and microprocessor techniques. In fact these instruments are composed of sensors, transducers, a microprocessor and digital electronics. Electrical signals generated by the pressure sensor(s) are interpreted by the microprocessor using a more or less sophisticated algorithm. Barometer gives readings in units of millibars (mb), inches of mercury (inch Hg), atmosphere (atm) and Pascal (Pa). 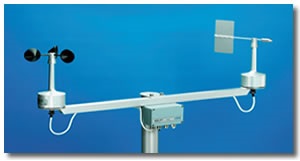 Wind direction is determined by the direction the wind blows. It is displayed in the correct degrees measured clockwise from north.  Wind vane is used to indicate or record surface wind direction. Equipment used to measure the wind speed is called anemometers, the most commonly used tool is a anemometer cup. It is formed from three hemispheric cups. The difference in air pressure between the cups cause the cups spinning. The spinning rate is directly proportional to the wind speed. Wind speed is measured in metre per second or knots. Calm is reported when the wind speed is less than 0.5 metre per second, or less than one knot.

There are various methods used to measure precipitation. In Malaysia, precipitation is measured using the conventional and automatic equipment. The standard instrument for the measurement of rainfall is the 203mm (8 inch) rain gauge.  This is essentially a circular funnel with a diameter of 203mm which collects the rain into a graduated and calibrated cylinder. The measuring cylinder can record up to 25mm of precipitation. Any excess precipitation is captured in the outer metal cylinder. The top of the rain gauge is 0.3m above the ground.

For automatic observation, there are several types of instruments have been developed  such as tipping bucket, weighing gauge and the new technology devices that used laser technology. Tipping buckets are the most widely used because of their technology has been around for a long time and the mechanism is simple and mechanical.  Basically, tipping bucket gauge consists of a collector funnel that diverts water to a tipping bucket mechanism.  An electronic pulse is generated each time the volume of water collected in one of the small brass buckets causes the bucket to tip. This is equivalent to 0.2mm of precipitation. The maximum rain water that can be detected is of 200mm / hour. 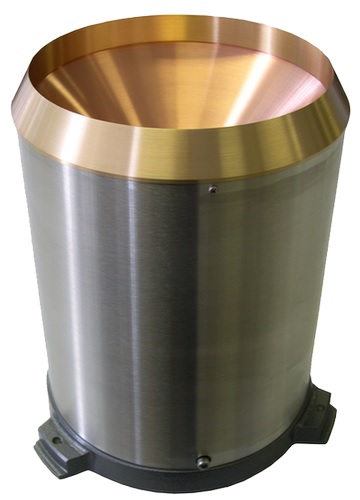 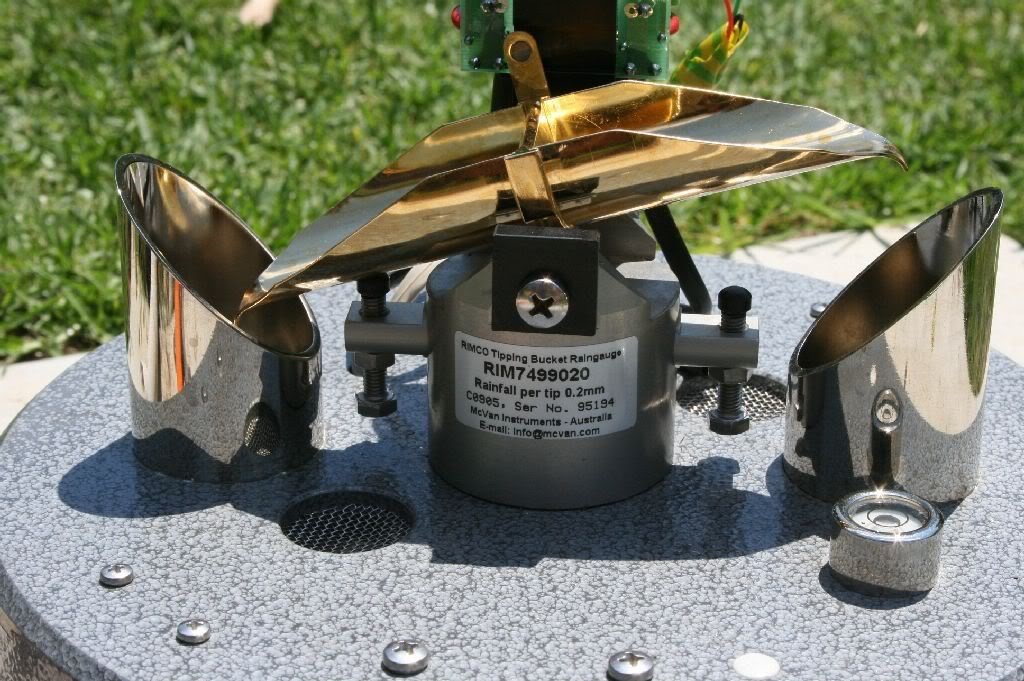 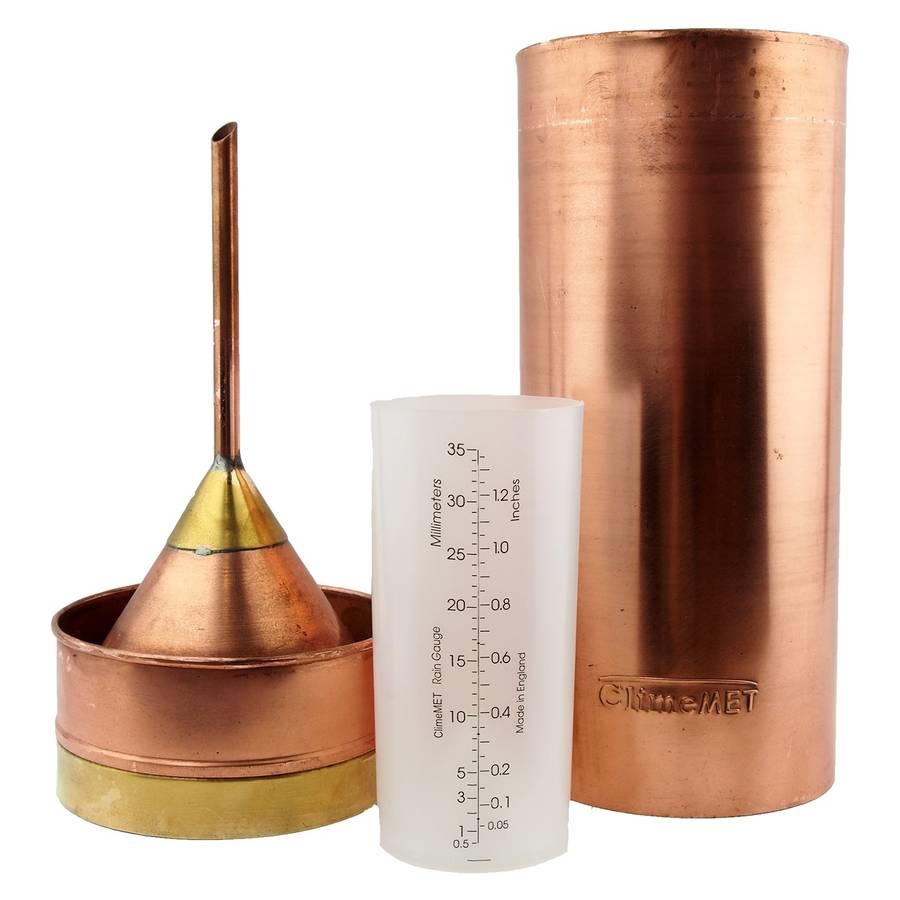 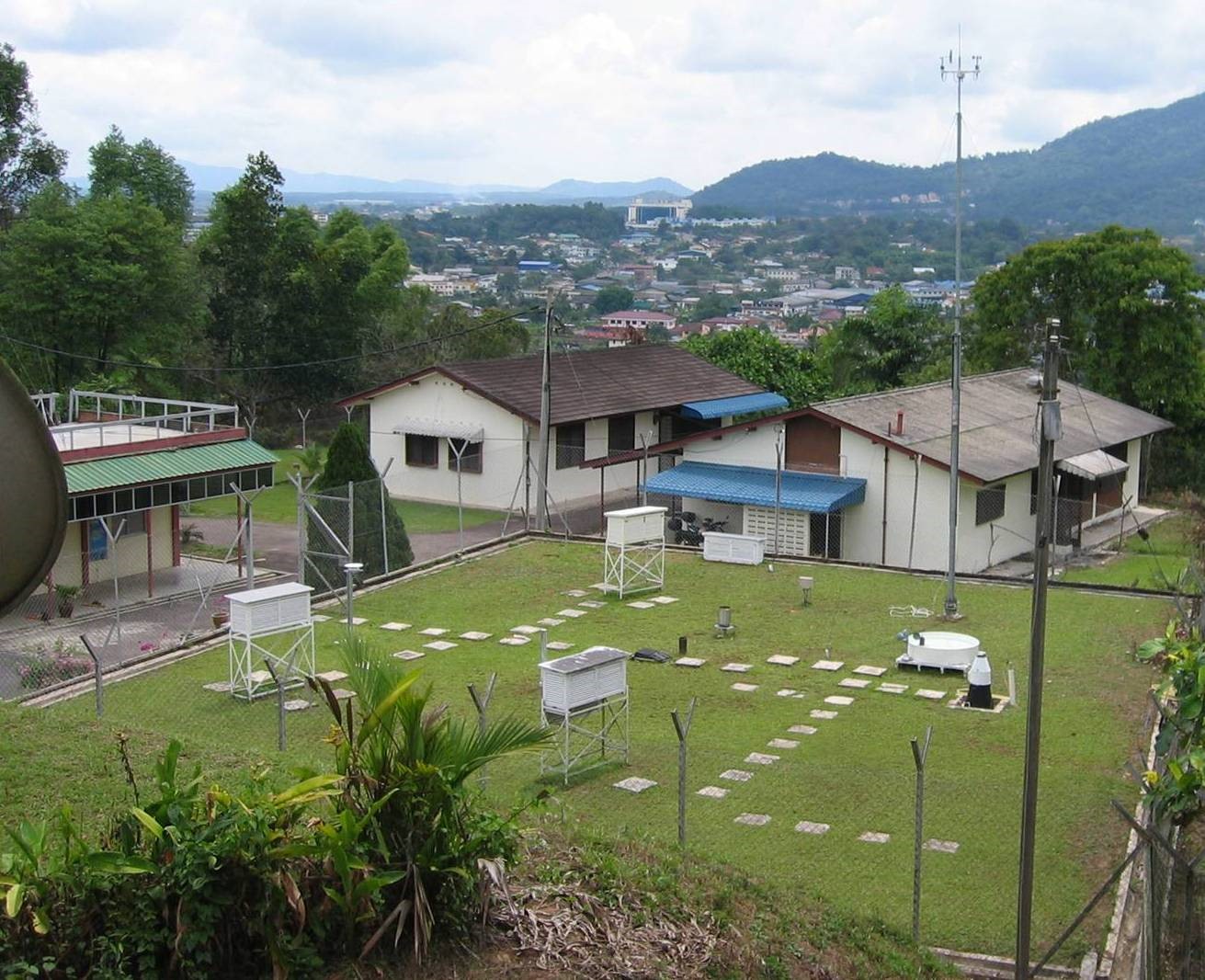 The observation area is 25m x 25m and the positions of the sensors are based on the World Meteorological Organization (WMO) standard as specified in the figure below: 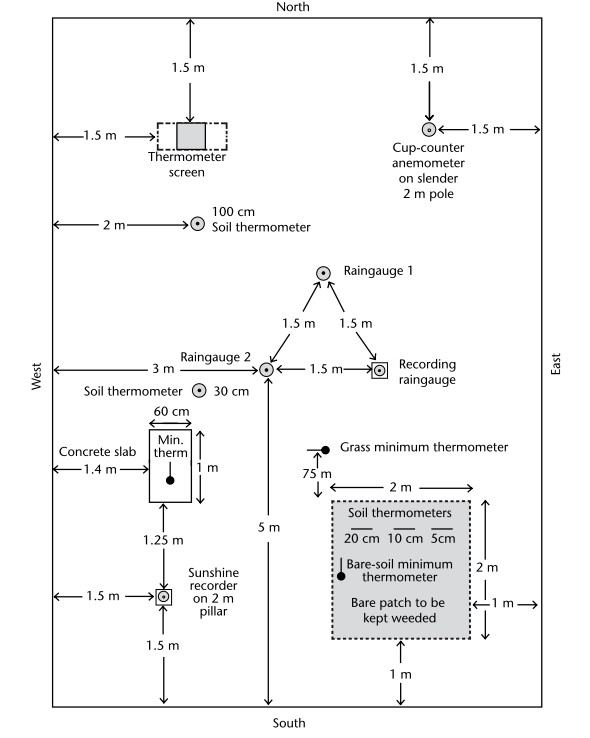 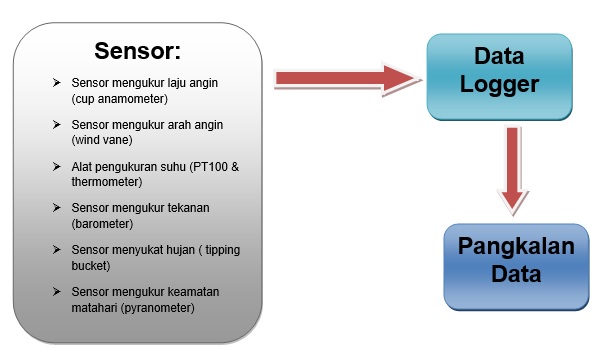 ii) Data Panel below shows the various weather elements that has been observed by the sensors and processed by the data logger at the observation area. 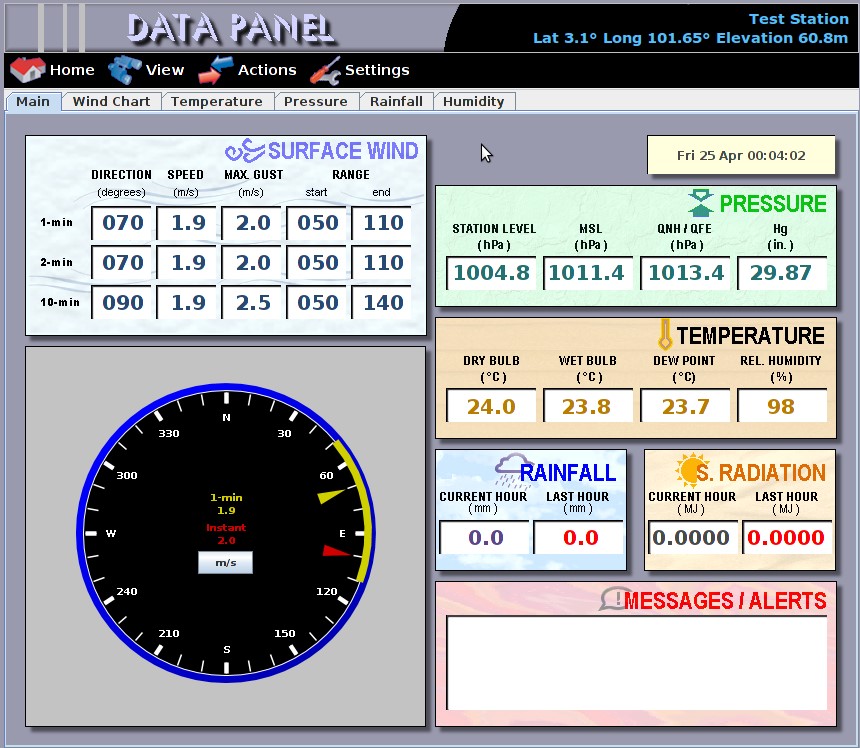 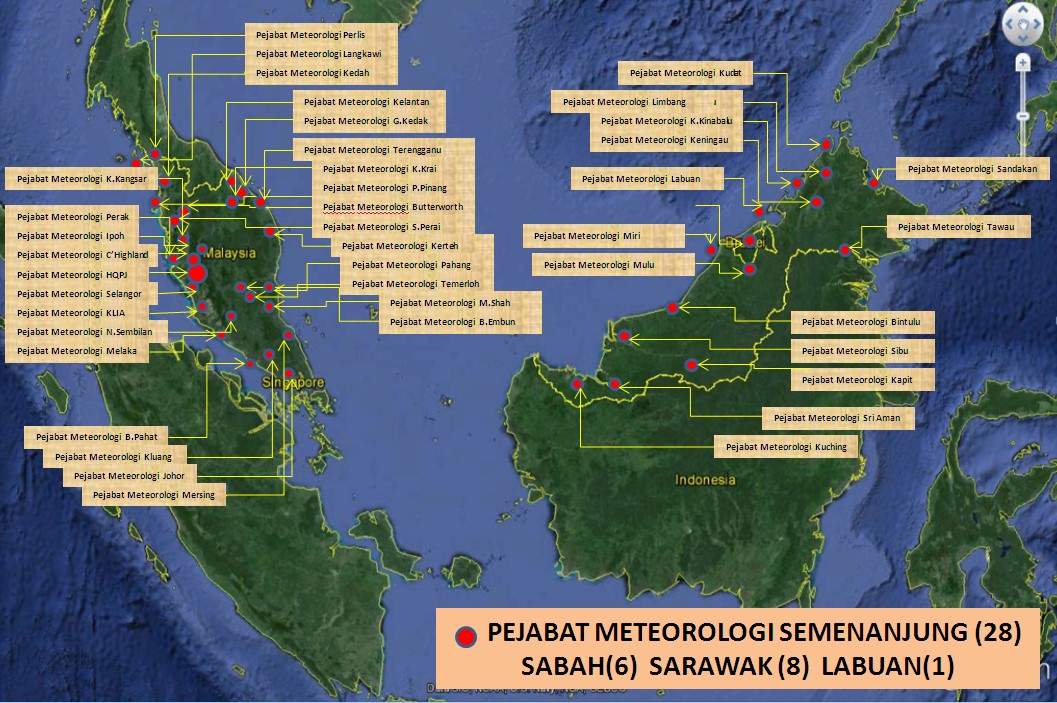 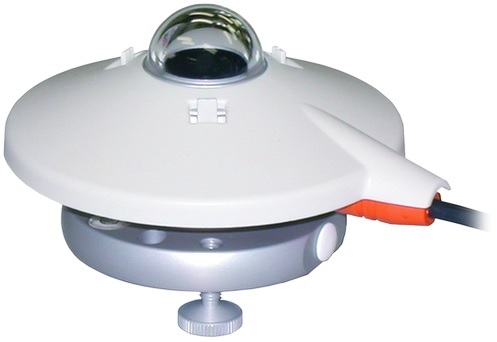 Solarimeter is a measuring device used to measure combined direct and diffuse solar radiation. Solarimeters are placed atop a flat surface where they can gain exposure to the full spectrum of electromagnetic radiation coming from the sun. As the solar radiation impacts the Earth's surface, the sensors within the device measure a full 180 degree radius around the instrument, finding the density and changes in this radiation.

Basically, solarimeter detects photons from sunlight. A solarimeter uses either a chemical-based system or physical instruments to determine these photon levels. A chemical solarimeter device utilizes a solution made from different chemicals such as malachite green leucocyanide, monochloroacetic acid, or potassium ferrioxalate. Within the spectrum of light, ultraviolet light as well as the visible wavelengths can be identified by the device, causing reactions to the chemicals or instruments.  On the other hand, some solarimeters use physical instruments to identify the radiation. Physical instrument are more modern designs, utilizing the concept of solar power to transfer light energy to an electrical current and the level of radiation can be measured. The solar irradiance is expressed in watts per square meter (W/m2) and the total amount in joules per square meter (J/m2)