What is Tsunami? How do an earthquake generate tsunamis? Facts on Tsunami Tsunami Safety Rules

Tsunami is a Japanese word with the English translation, "harbour wave". Tsunami is a series of large waves of extremely long wavelength and long period. The time length between wave crests is ranging from 10 minutes to an hour. Tsunami wave energy extends from the surface to the bottom of the seafloor. Usually generated by a violent, impulsive undersea disturbance. When a sudden displacement of a large volume of water occurs, or if the sea floor is suddenly raised or dropped by an earthquake, big tsunami waves can be formed by forces of gravity. Earthquakes, submarine landslides, volcanic eruptions, explosions, and even the impact of cosmic bodies, such as meteorites, can generate tsunamis.

Tsunami shows different characteristics when propagates through seas with different depth. In the deep ocean, tsunami waves propagate with speed exceeding 800 km/h and wave height of a few centimeters or less. As tsunami reaches shallow waters of the coast, the waves slow down and the water can pile up to tens of metres or more in height. Tsunamis can savagely attack coastlines, causing devastating property damage and loss of life. 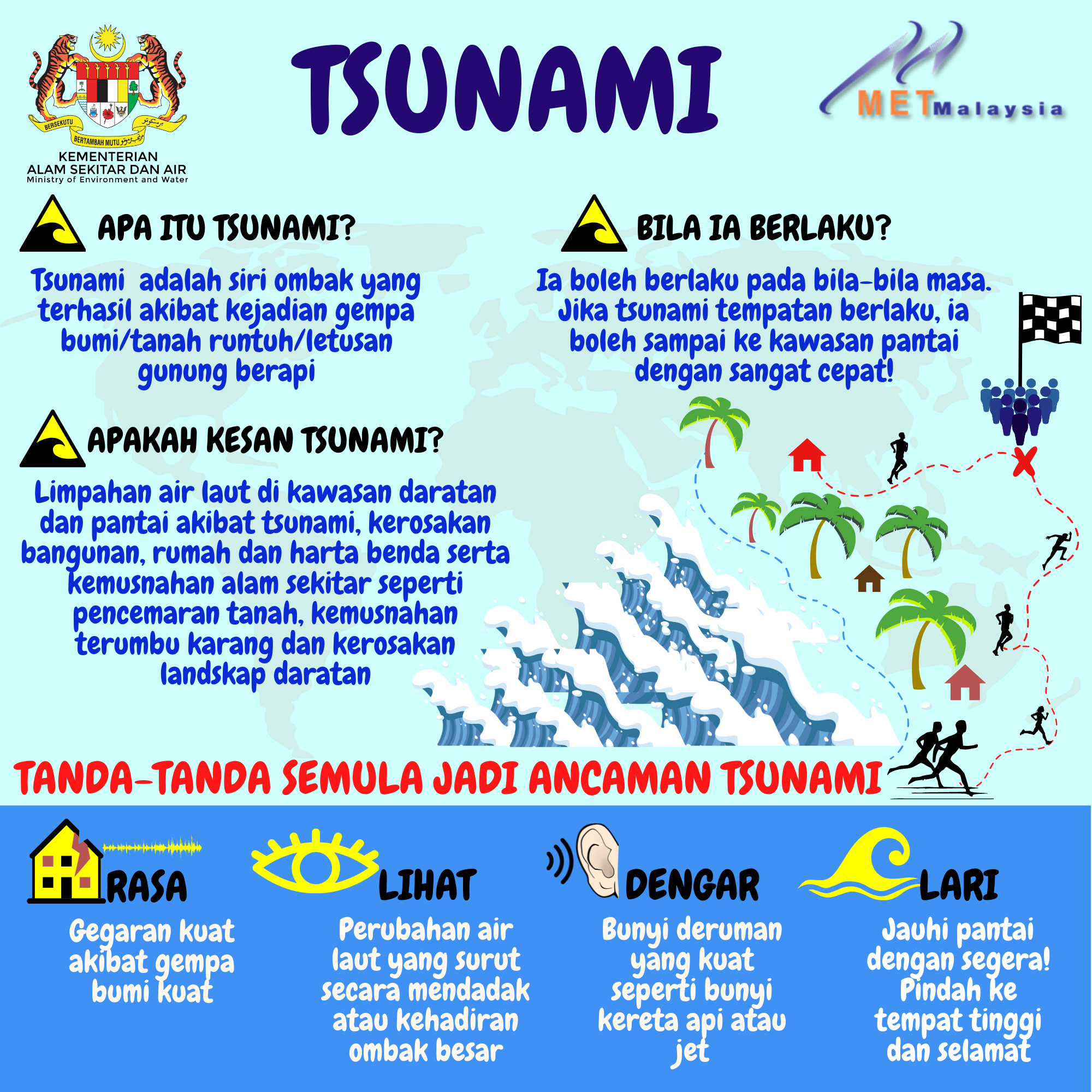 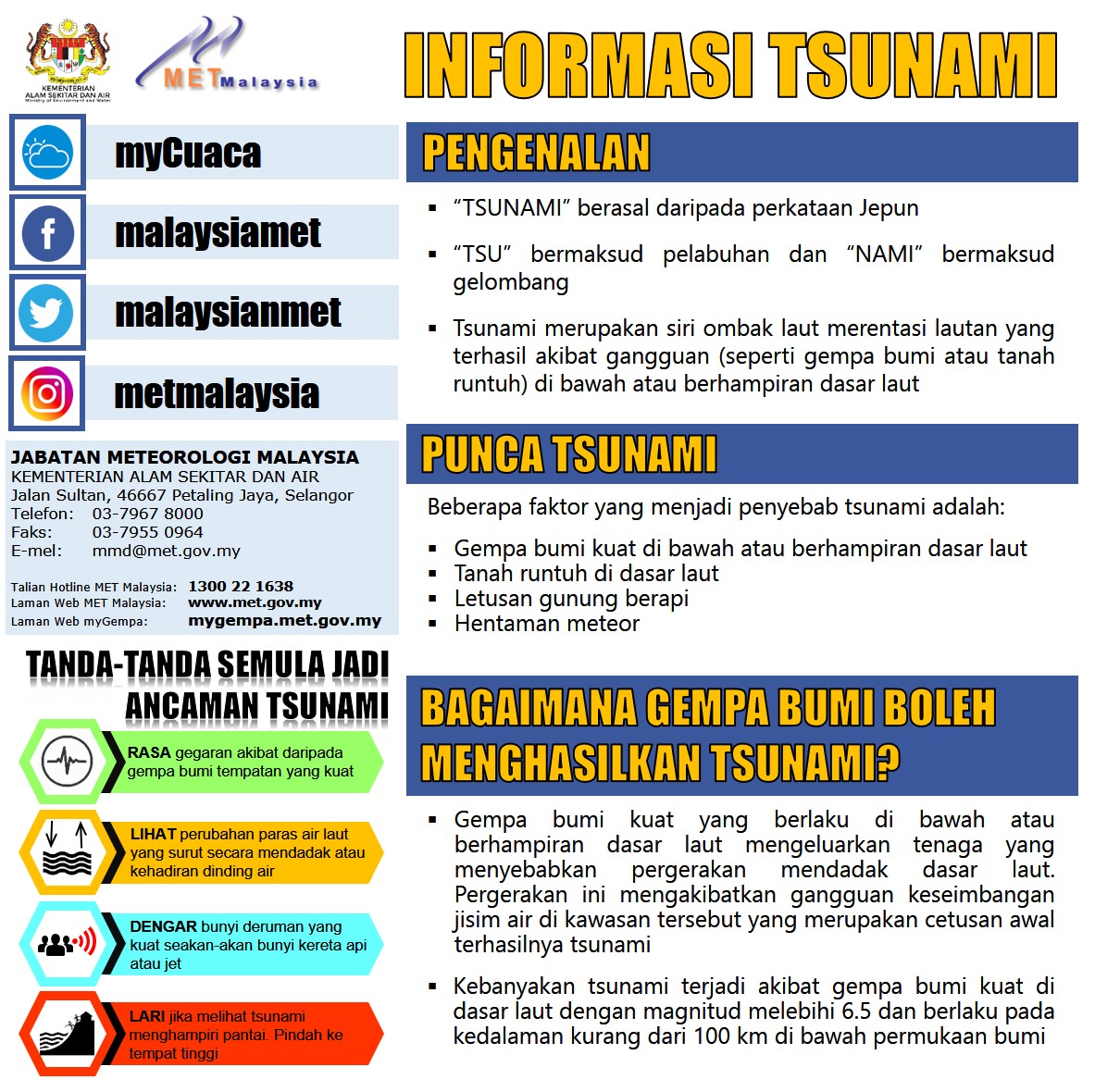 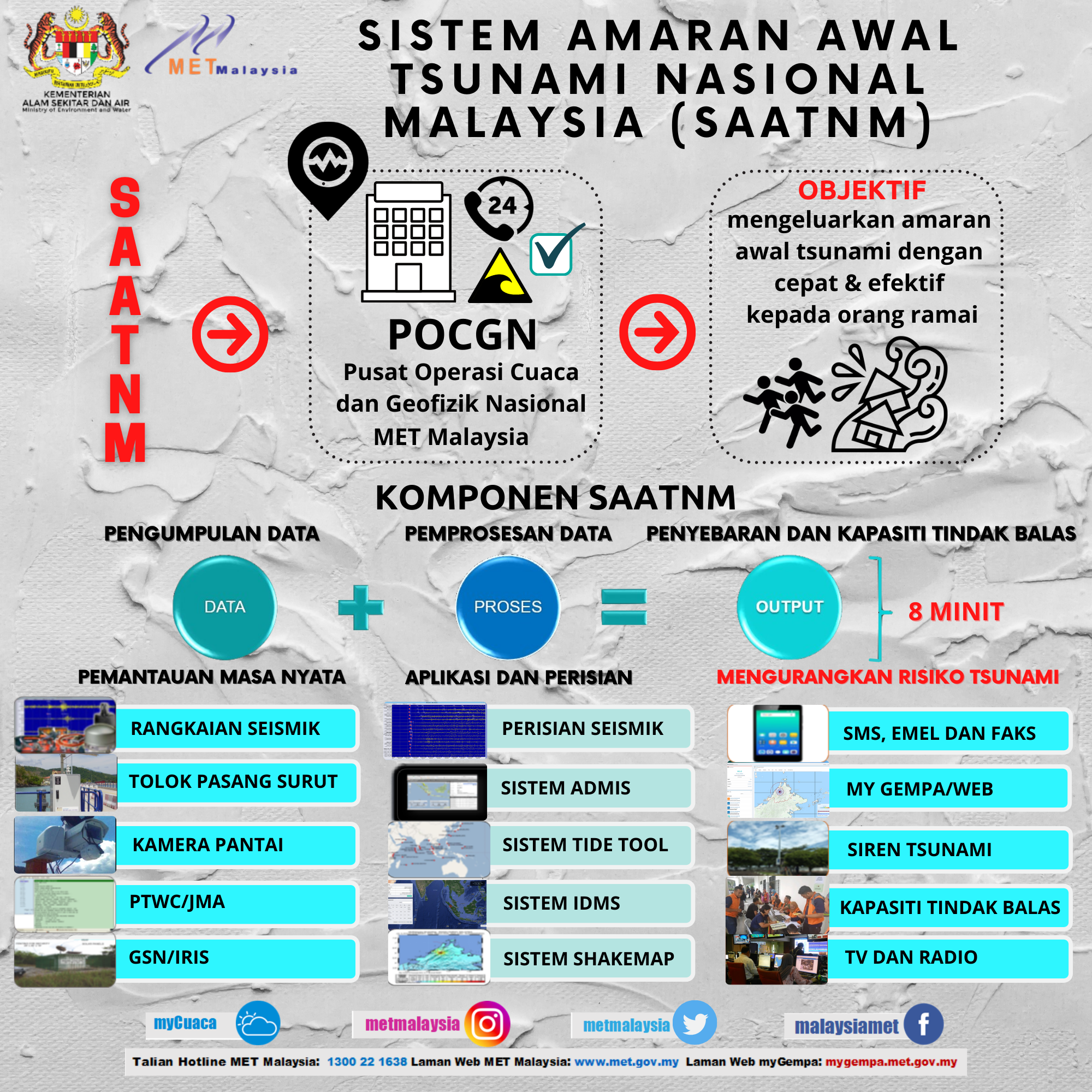 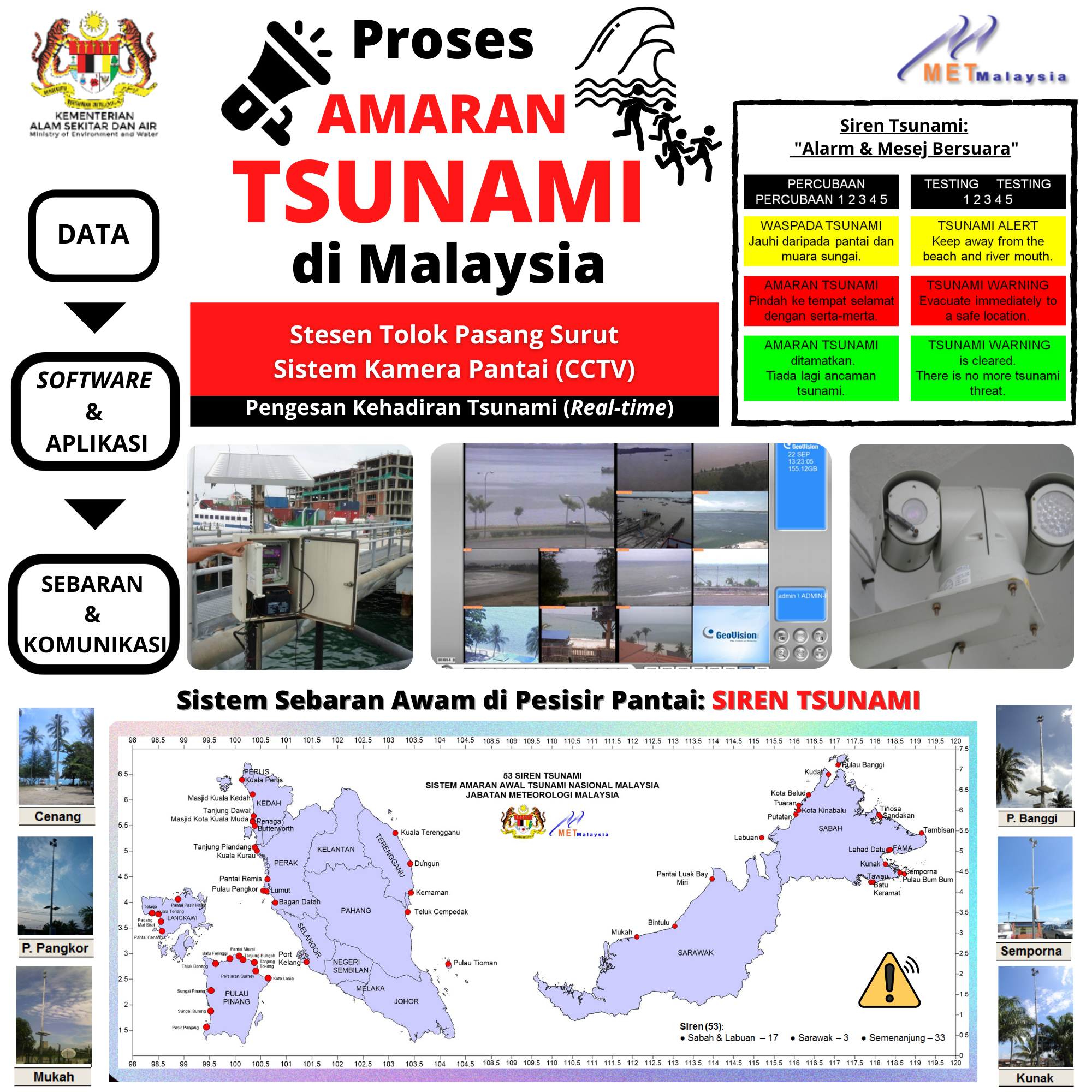 How do an earthquake generate tsunamis?

Tsunamis can be generated when the sea floor abruptly deforms and vertically displaces the overlying water. Tectonic earthquakes are a particular kind of earthquakes that are associated with the earth's crustal deformation. Nevertheless not all earthquakes can generate tsunami. To produce a tsunami, earthquake’s magnitude should more than 6.5 on the Richter scale with depth less than 100 km and occurring at the sea or close to the sea.

When these earthquakes occur beneath the sea, the water above the deformed area is displaced from its equilibrium position. Waves are formed as the displaced water mass, which acts under the influence of gravity, attempts to regain its equilibrium. When large areas of the sea floor elevate or subside, a tsunami can be created. 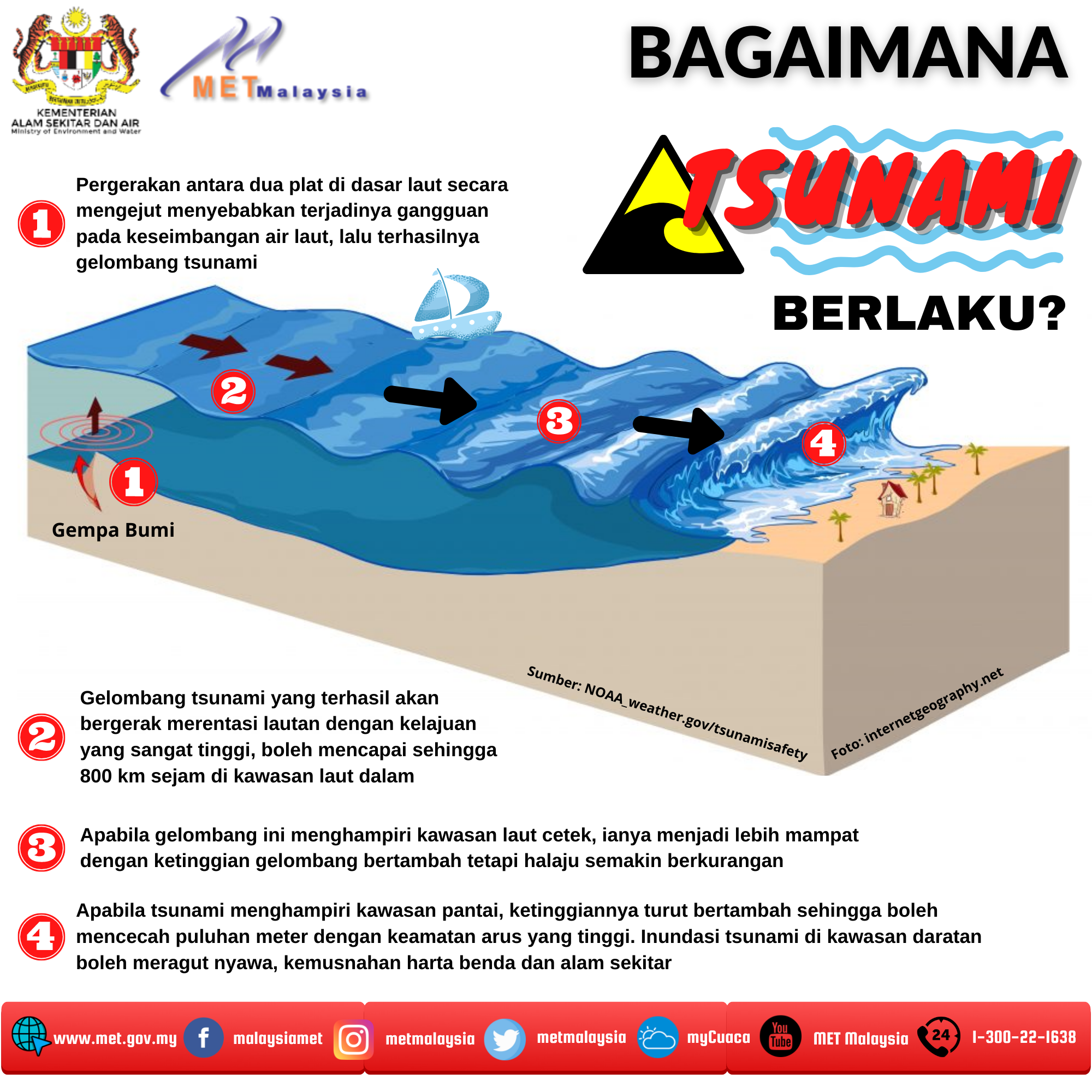 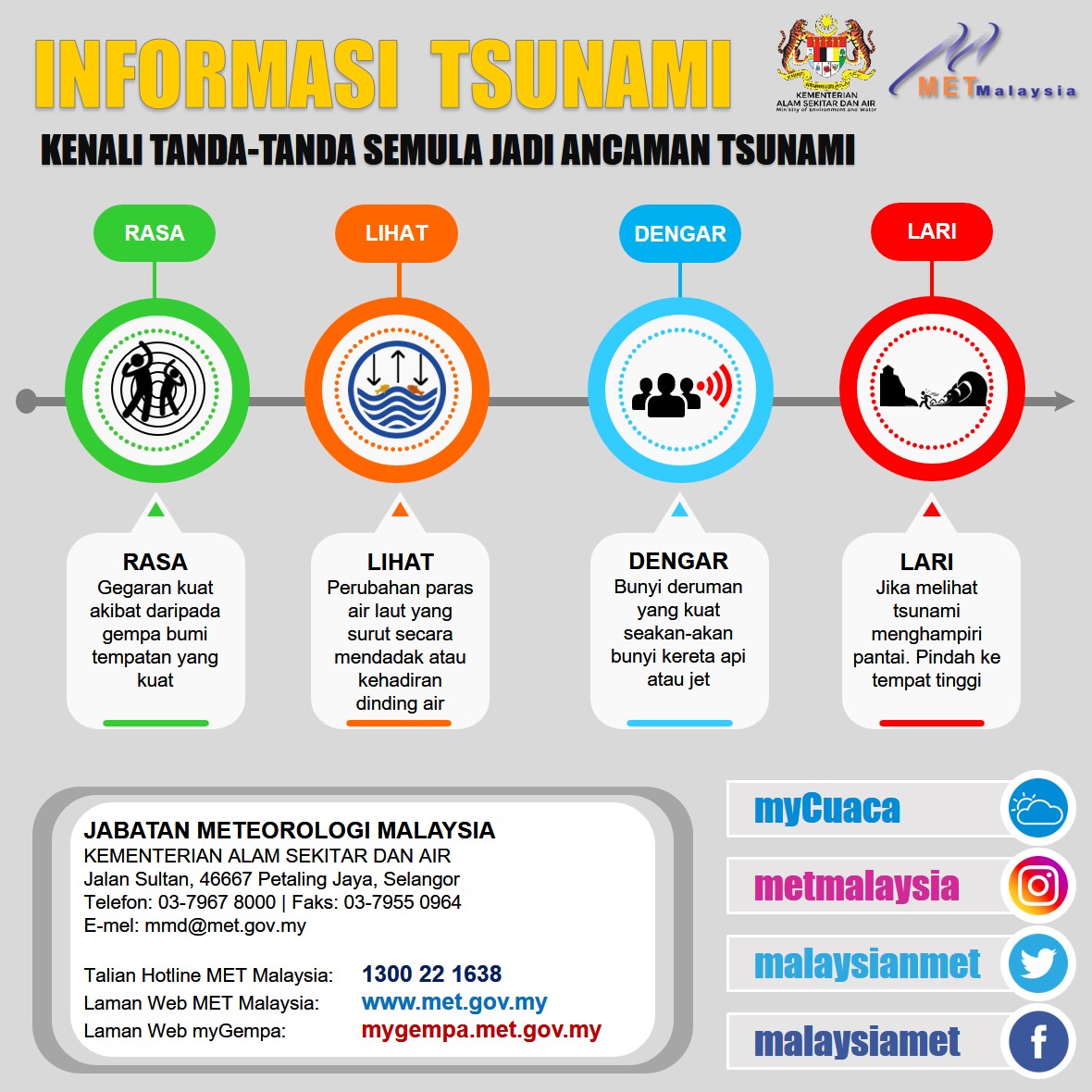 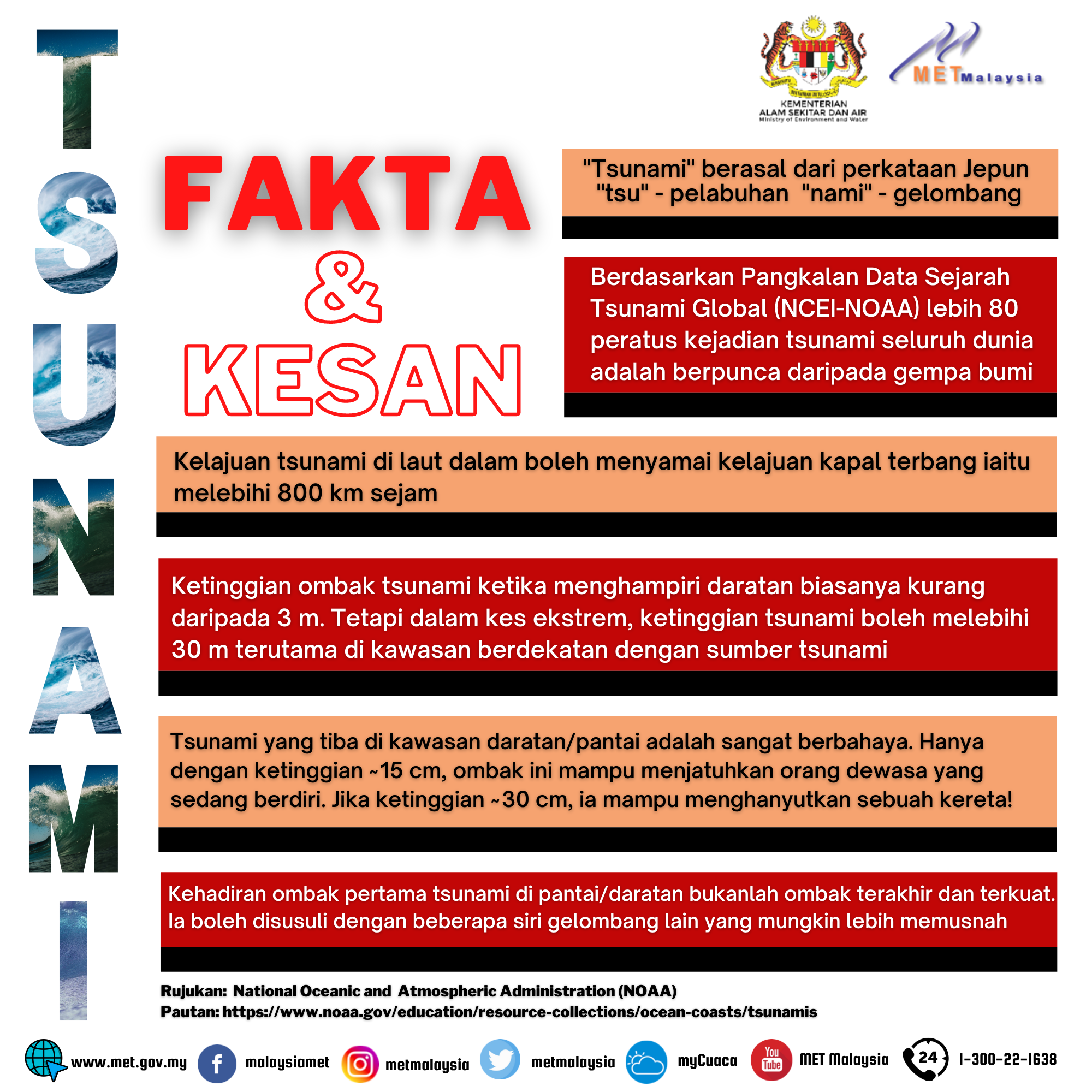 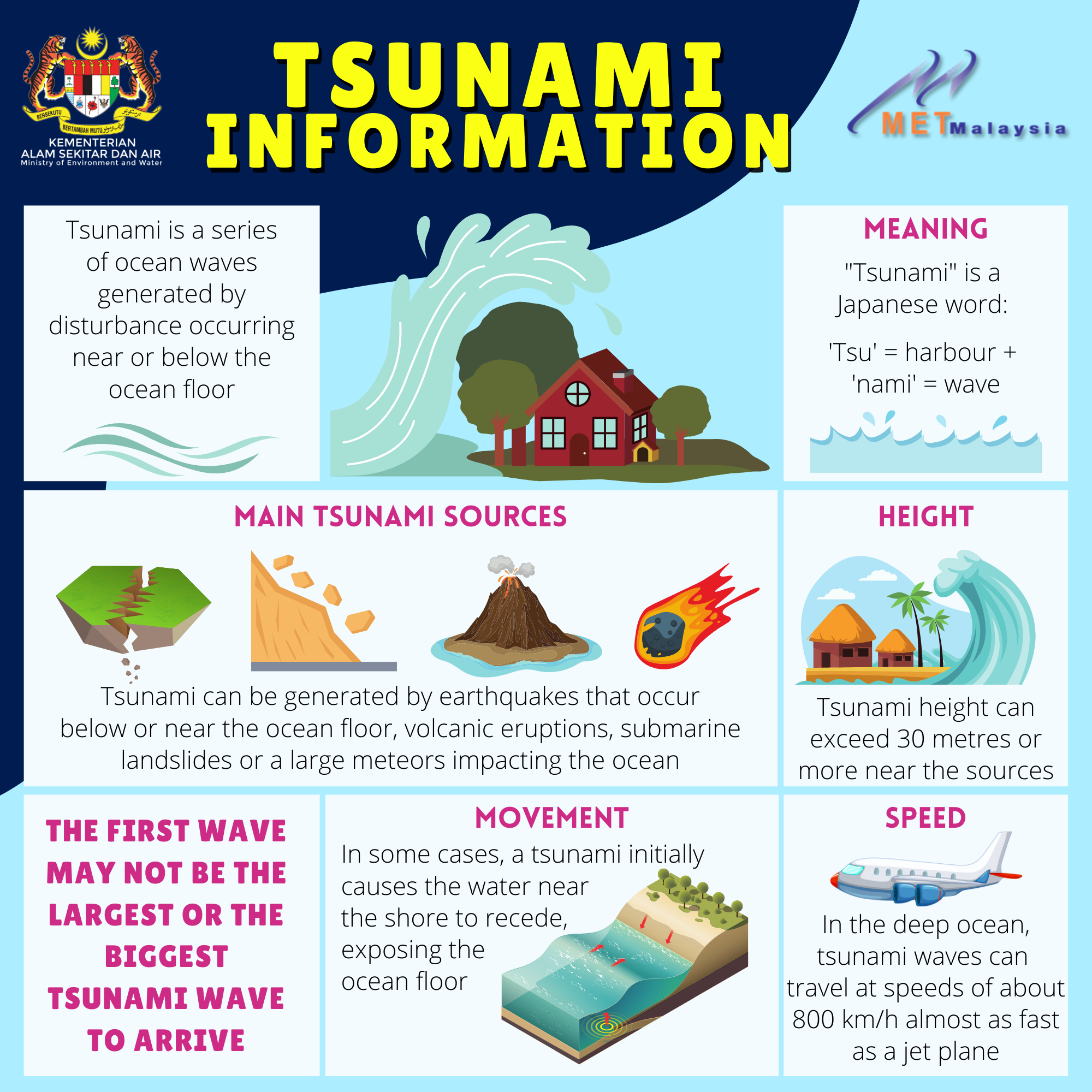 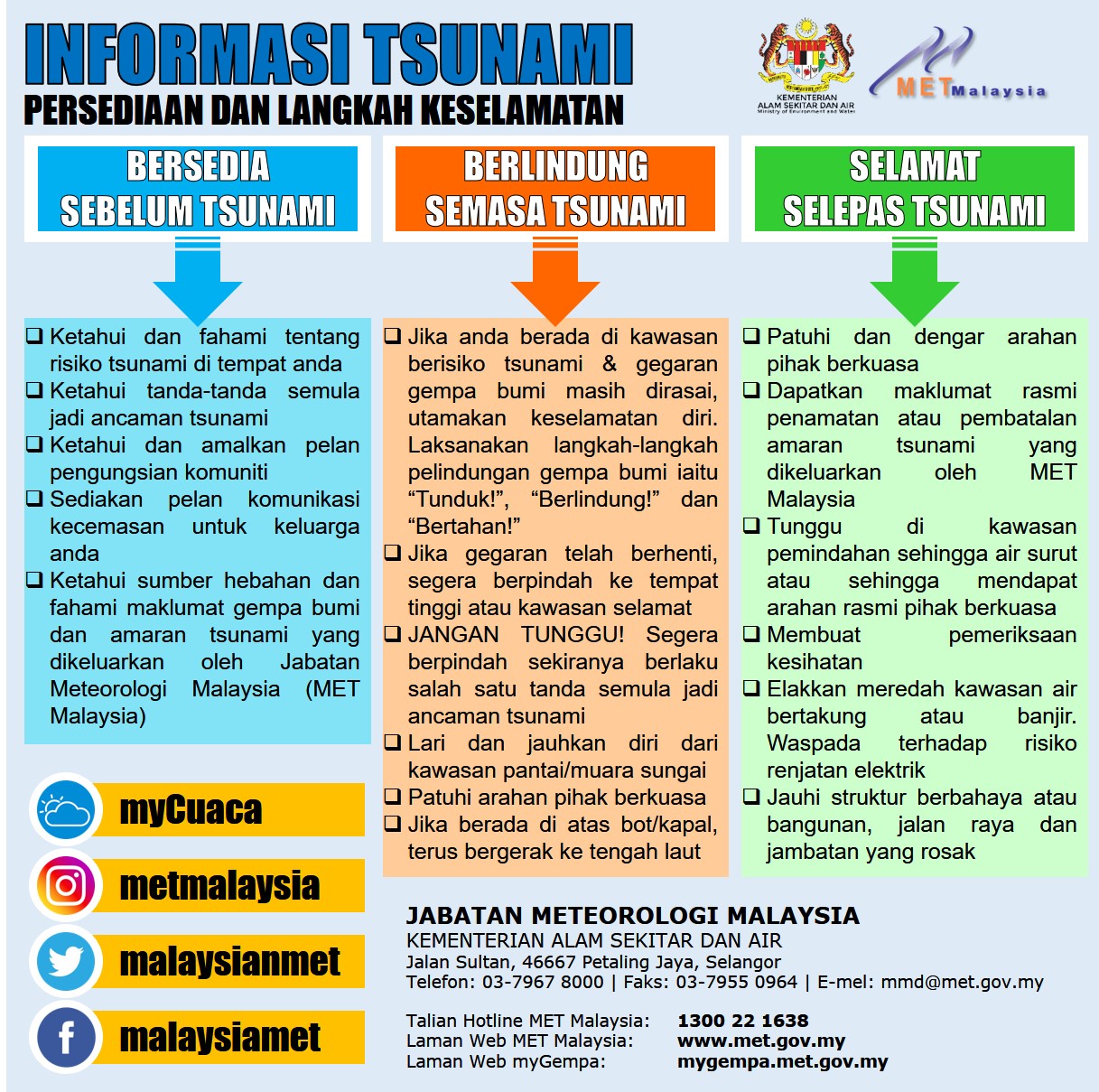 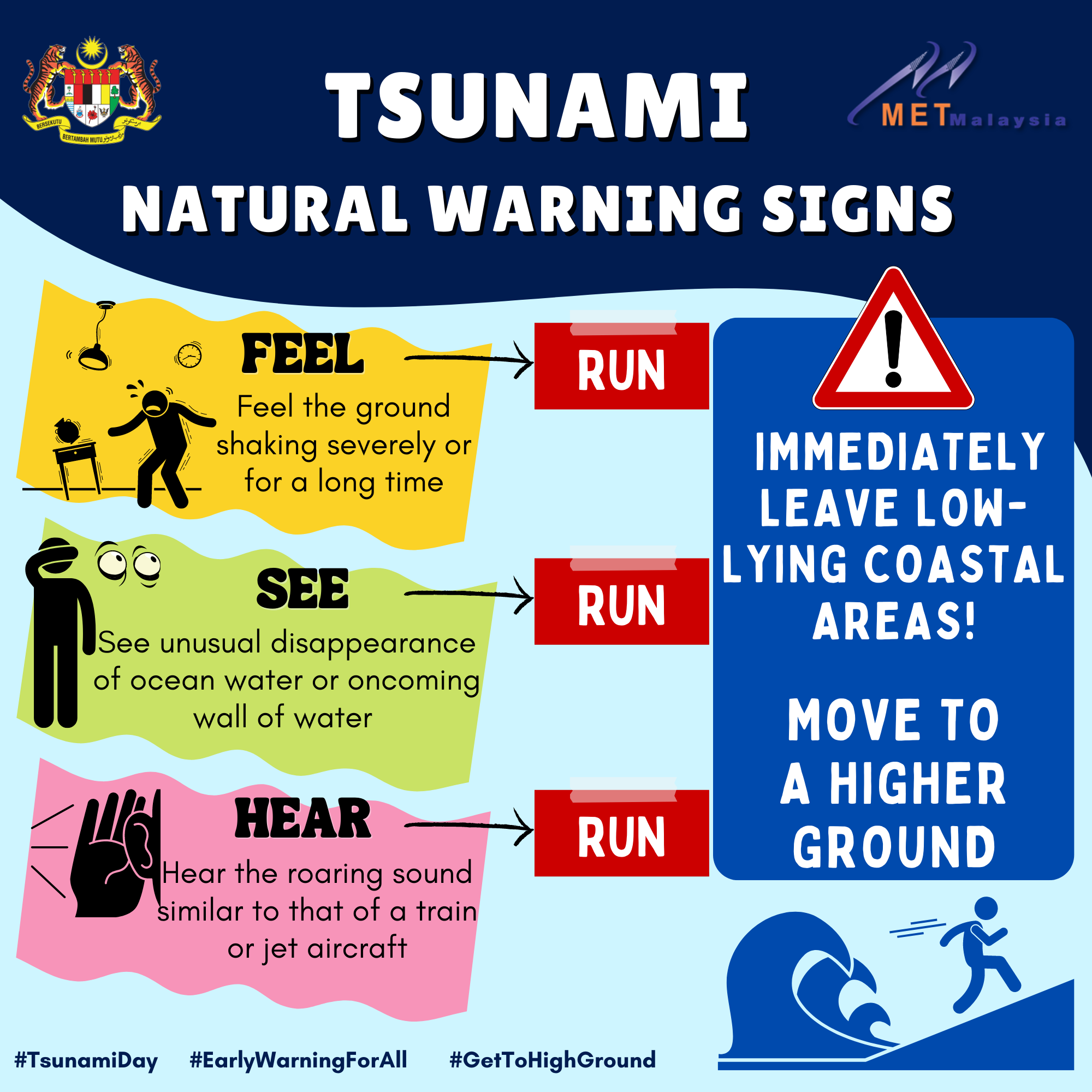